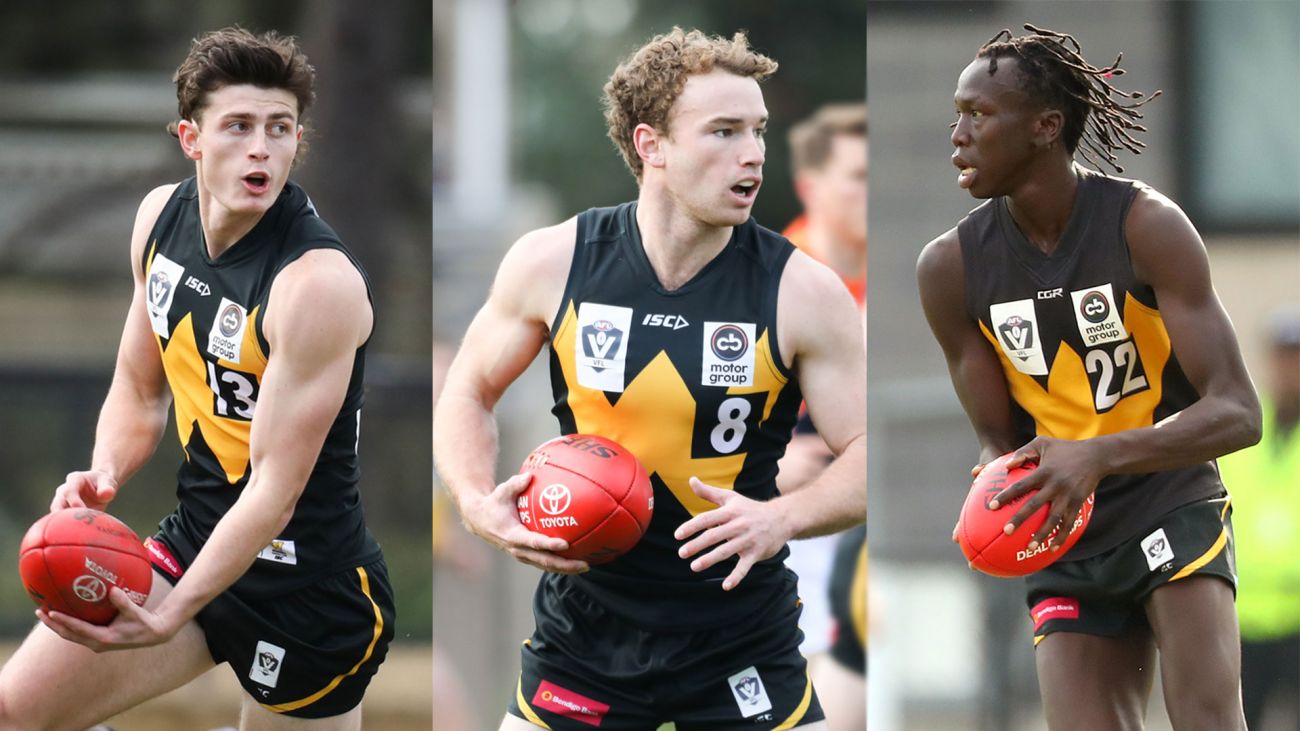 Werribee has retained the services of three of its best ball users and outside runners by re-signing Jack Henderson, Bior Malual and Keegan Gray.

All three took another step forward with their play when the VFL returned in 2021.

Henderson spent more time in the midfield after previously playing as a small defender and small forward while Malual became team’s main offensive weapon out of defence.

Gray who played seven of nine games cemented his place in the best 22 with a number of dashing performances after coming into the side in round 3.

Gray and Henderson who both turn 22 in the coming months will extend their time at Werribee into a fifth year while 2022 will be Malual’s fourth year at the club after joining from Airport West.

Werribee football manager Mark Micallef said all three signatures were a high priority for the club.

“Jack Henderson had a fantastic year, he’s someone who can play a multitude of roles, is extremely coachable and runs his backside off each week. He’s the youngest member of our leadership group and someone we can see filling an even greater leadership role in coming seasons,” Micallef said.

“Keegan can play a number of outside roles for us off halfback or through the wing and is a beautiful decision maker with ball in hand. He’s a great character and like Jack has been a long-term player for Werribee now, with the club seeing him progress and develop from an 18-year-old kid.

“We’re extremely excited to have Bior back for another year, he’s a player that has the running capability and decision making to really hurt opposition teams and we saw that in multiple games this year. His ball use and attacking ability off halfback or the wing was a highlight for our team this season and we look forward to seeing more of that again next year.”

Lobbe, Hanson named in VFL Team of the Year

Werribee has ties to several at grand finalists Melbourne