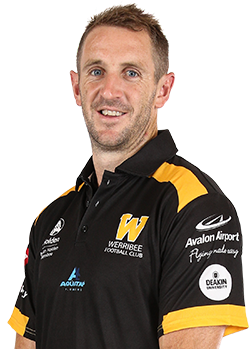 A favourite son of the Werribee Football Club, Michael took over as the club's senior football coach in 2021 following the departure of Mark "Chocco" Williams. Barlow acted as a playing midfield coach when he returned to Avalon Aiport Oval in 2019 after a highly successful 141-game AFL career with Fremantle and the Gold Coast.

Michael played 38 games across two seasons in his first stint at Chirnside Park, which culminated in a stellar 2009 campaign that saw him finish second in the J.J. Liston Trophy count and win both the Fothergill-Round Medal as the VFL’s most promising young player and the Bruce Montgomery Trophy.

He went on to be taken by the Dockers at the 2010 Rookie Draft and made an immediate impact, winning the Ross Glendinning Medal as best afield in the Western Derby that year before going on to be named the AFL Players’ Association’s Best First-Year Player.

Other career highlights from his nine seasons in the AFL include another two Glendinning Medals in 2013 and being named one of Fremantle’s best in its narrow 2013 Grand Final loss to Hawthorn. 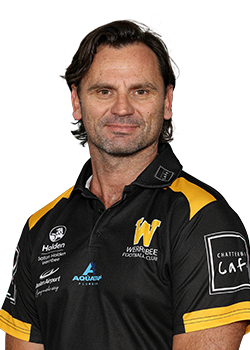 Nick joined Werribee as forward coach ahead of the 2019 season.

He previously served as an assistant coach with the Northern Blues (2014), midfield and stoppage coach for North Ballarat (2017), and forward coach for Essendon VFL (2018) and was also the midfield coach of the 2017 VFL State Team.

Outside the VFL, he has served as director of coaching for Bellarine Football League side Torquay (2013-14) and senior coach of Geelong Football League club St Albans (2015-16).

As a player, Nick registered 166 games with Richmond and one game with Sydney and kicked 182 goals from 1992 to 2002, during which he also represented South Australia in State of Origin on three occasions.

He began his career as a dangerous half forward and was the Tigers’ leading goalkicker in 1995, later developing into a prolific midfielder and going on to win the club’s best and fairest in 1998. 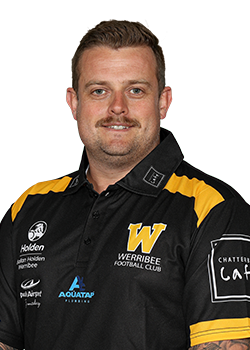 Tom joined Werribee as backline/defensive coach ahead of the 2020 season. He fills the role vacated by Jeff Andrews, who held the reigns of one of the VFL's stingiest defensive units in 2019.

He commenced as an opposition analyst, forward scout and development coach in 2014 before being appointed as a senior assistant coach, where he took control of all three lines over a five-year period.

In recent times, Tom has also worked within the VIC Metro State Academy as an assistant coach with both the under 16 and 18 squads at the NAB AFL National Championships.

In addition to his coaching career, Tom has taught at Bacchus Marsh College since 2007, where he’s currently the Head of the School Sport Department. 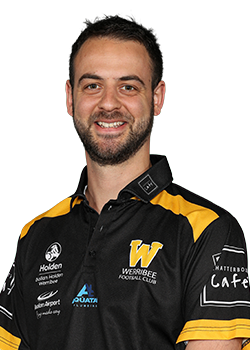 James joined Werribee as development coach ahead of the 2019 season, before taking on a midfield assistant role for season 2020.

He arrived at Avalon Airport Oval from Victorian Amateur Football Association side Ajax, where he worked directly alongside Werribee senior coach Mark Williams.

He has worked extensively in the finance industry and is currently completing both an AFL Level 2 coaching accreditation and a diploma of psychology.

As development coach, James worked closely with Werribee-listed players who missed senior selection to help them take the required steps to put themselves into VFL contention. In 2020 as midfield assistant, James will continue to develop his coaching skillset, managing Werribee's deep and dynamic midfield group from the coaches box, while Michael Barlow and Matt Lobbe lead the engine room on the field.

Matthew joined Werribee as a playing ruck coach/midfield assistant ahead of the 2020 season.

The former Port Adelaide and Carlton big man reunites with Mark 'Choco' Williams at Werribee, the coach who drafted him to the Power back in 2007.

A respected leader and elite ruckman at his best, Matt is fresh out of the AFL system after 100 games (92 Port Adelaide, 8 Carlton) and over a decade at the top level.

Matt will lead an inexperienced and exciting ruck brigade in 2020, with the likes of Darcy Bennett, Jack Blair, Tylar Watts and Edyn Sibbald all set to develop under his tutelage.

Away from football, Matt is a mental health ambassador and has also been heavily involved in youth and community programs. 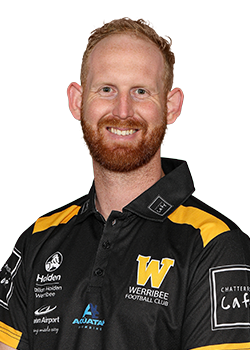 Jake joined the club as Opposition Analyst ahead of the cancelled 2020 season.

Having spent time at the newly created Sports Education Development (SEDA) program where studies included a Diploma of sports development, Jake then went on to complete a bachelor of Sports Coaching at Victoria University which has been the cornerstone of opportunities in the Sports analysis area.

Over the years Jake has spent time at Melbourne Rebels, Northern Territory Cricket and now Werribee, working with elite athletes in a range of coaching roles. 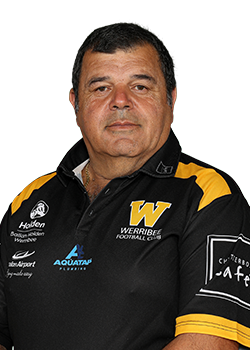 Nick returned to Werribee ahead of the 2019 season as a development coach after a five-year hiatus from the VFL.

The father of former Werribee and Western Bulldogs-listed player James Condos was an assistant of the club’s development league program from 2013-2014 and also held a match day role with the senior side.

A respected coach and mentor at local football level and life member at two clubs, Nick possesses a wealth of experience and a proven track record after having coached a number of clubs to the ultimate success, including Parkside, Deer Park, Old Essendon Grammarians and Keilor.

His passion for development has also seen him take on roles with Vic Metro and the Calder Cannons, as well as over a decade and four premierships at the helm of Keilor FC 18s in the Essendon District Football League.

As Werribee development coach, Nick works closely with listed players who miss senior selection to help them take the required steps to put themselves into VFL contention. This also sees him working closely with local interchange clubs.