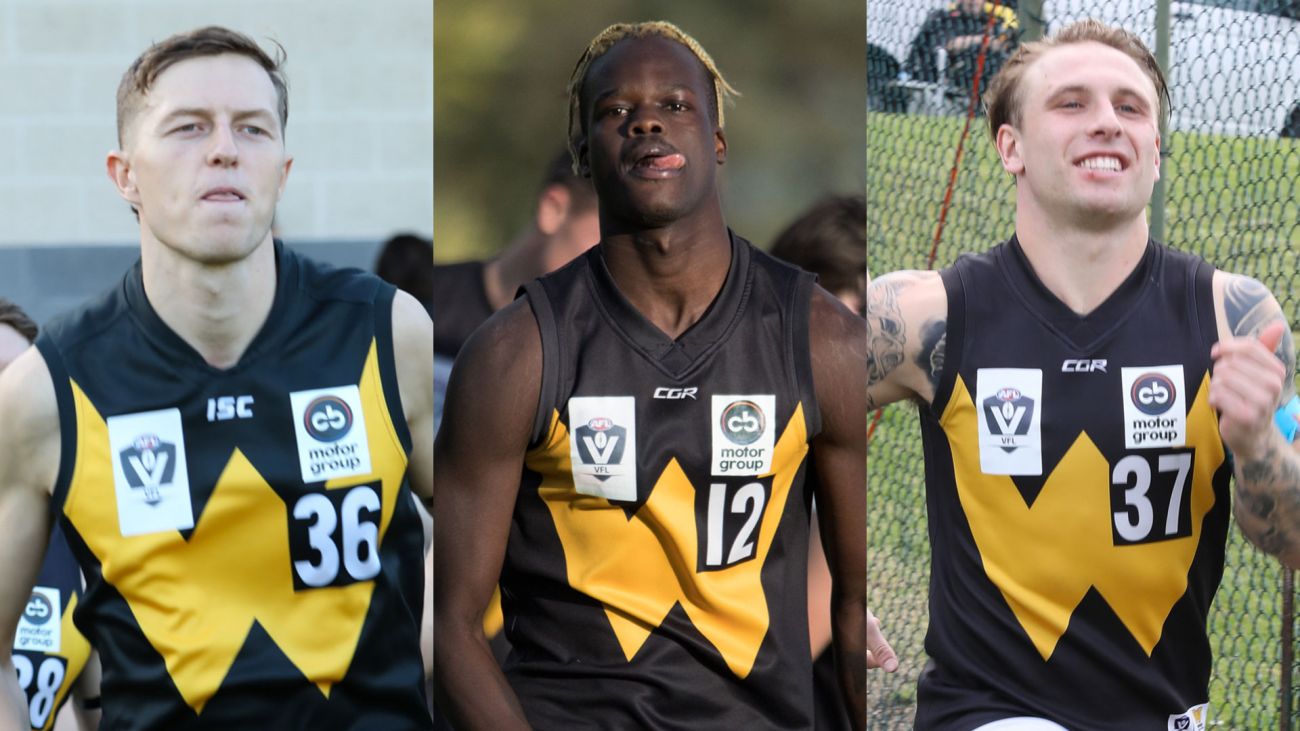 Three versatile talents with untapped potential will remain with Werribee next season after Tom Boyd, Ariek Lual and Logan Wagener all re-signed with the club.

Boyd, 22, has showed flashes of his talent across six games over the past two seasons and kicked a goal in both of his appearances in 2021 while taking one of the marks of the year against Collingwood.

Lual joined Werribee from Casey and the 23-year-old went on to play three times as a running defender in his debut season at Avalon Airport Oval.

Wagener also debuted in 2021 after winning one of the club’s final list spots.

The small but powerfully built 24-year-old played two games in Werribee colours this year while also adding two matches as a top-up for Gold Coast during the middle of the season.

Werribee football manager Mark Micallef said the club was excited to work with all three once more.

“Tom has got raw talent, he’s a good size and has great athleticism. He played twice for us this season and displayed some nice attributes, he can intercept the ball really well and generally makes good decisions by foot," he said.

"We see him playing as a hybrid defender but with his versatility he can go forward or even play on a wing. Hopefully Tom can have a massive preseason to ready himself to release that potential.

“Ariek made his debut for Werribee this season and is another with raw athleticism, but his ability to make quality decisions with ball in hand is also a feature of his game.

"We’re continually working with Ariek on untapping his potential and we probably see his best position being in defence. However, he’s got the ability to play a multitude of positions for us going forward so it’s great to have Ariek recommit.

“Logan was one of our success stories of 2021 after coming on to our list late in the piece, his tenacity, aggression and willingness to compete was so eye catching that we just had to have him.

"He played a couple of games for Werribee this year but also played for the Gold Coast as a top-up where he displayed a good ability to win the ball and make good decisions. He encapsulates the club values, and we think he can play an important role for us a small forward in 2022.”