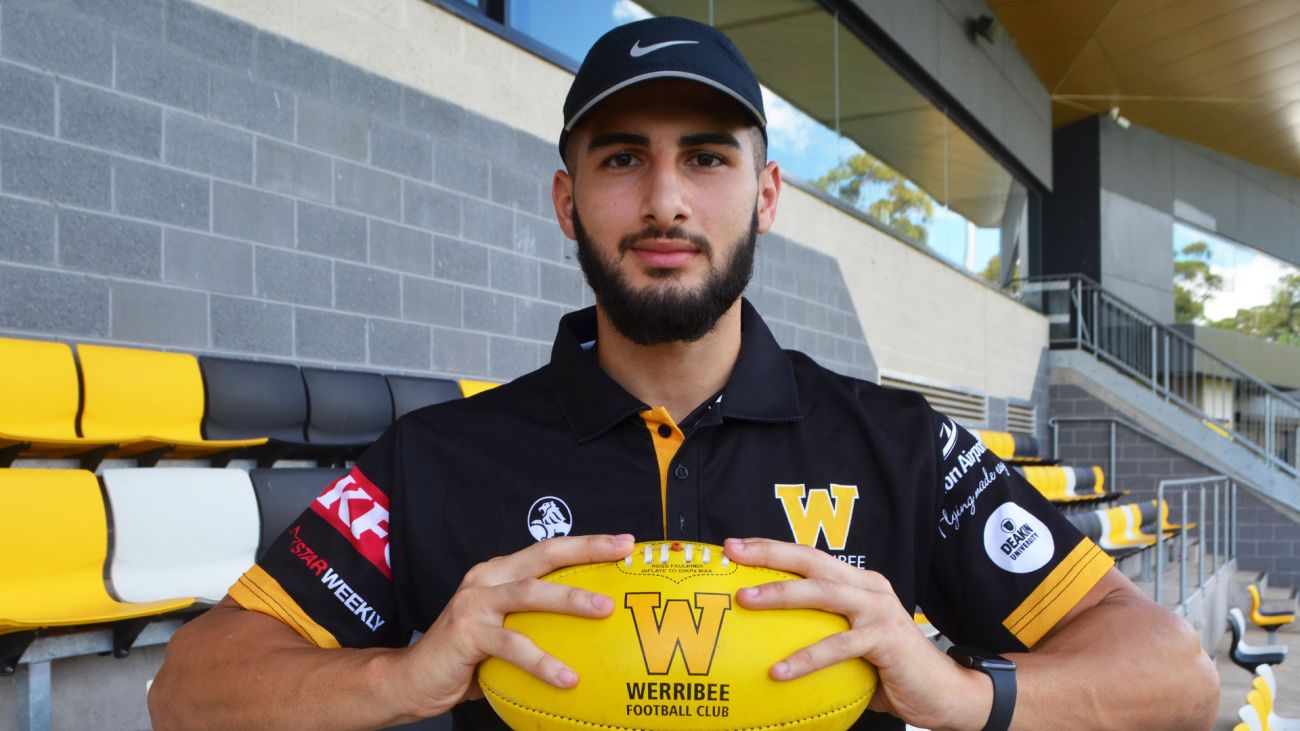 Last year’s Western Region Football League Rookie of the Year, Saad El-Hawli has signed with Werribee for the upcoming season.

The former Western Jets player impressed in his first season of senior football finishing as Altona’s leading goal kicking with 26 majors while earning selection in the 2021 WRFL Team of the Year.

Werribee football manager Mark Micallef said El-Hawli deserved his spot on the list after standing out among the group of players that trialed with the club early this preseason.

“Saad is a hard running and quick player who has got really good bounce and foot skills,” he said.

“He has the ability to play multiple roles but will start as a forward with us.

“Saad’s story is great one, he actually approached Choco Williams a couple of years ago about the opportunity to train with the club, he got his chance this preseason and hasn’t put a foot wrong.

“We look forward to seeing what he can develop into over the course of the 2022 season.”

El-Hawli, 20 said he is looking to make the most of his opportunity at Avalon Airport Oval.

“A lot of setbacks along the way but I just had faith in myself and what I’m capable of and thankful that Werribee sees my potential and gives me a crack at it this year,” he said.

“It’s all been smooth sailing so far; the club makes everything pretty simple and the coaches and boys get around you a lot which I appreciate.

“I’m just going about things day-by-day and session to session trying to get better as we go, and hopefully I can be an asset to the team.

“The coaches want me to use my speed as my strong point and I’m just trying to make sure my work at training is top notch.”

This Week - Round 9: Werribee at GWS

Draft hopefuls get chance to impress at Werribee

This Week - Round 6: Werribee vs Sydney

Western Storage Transport on board as new Principal Sponsor