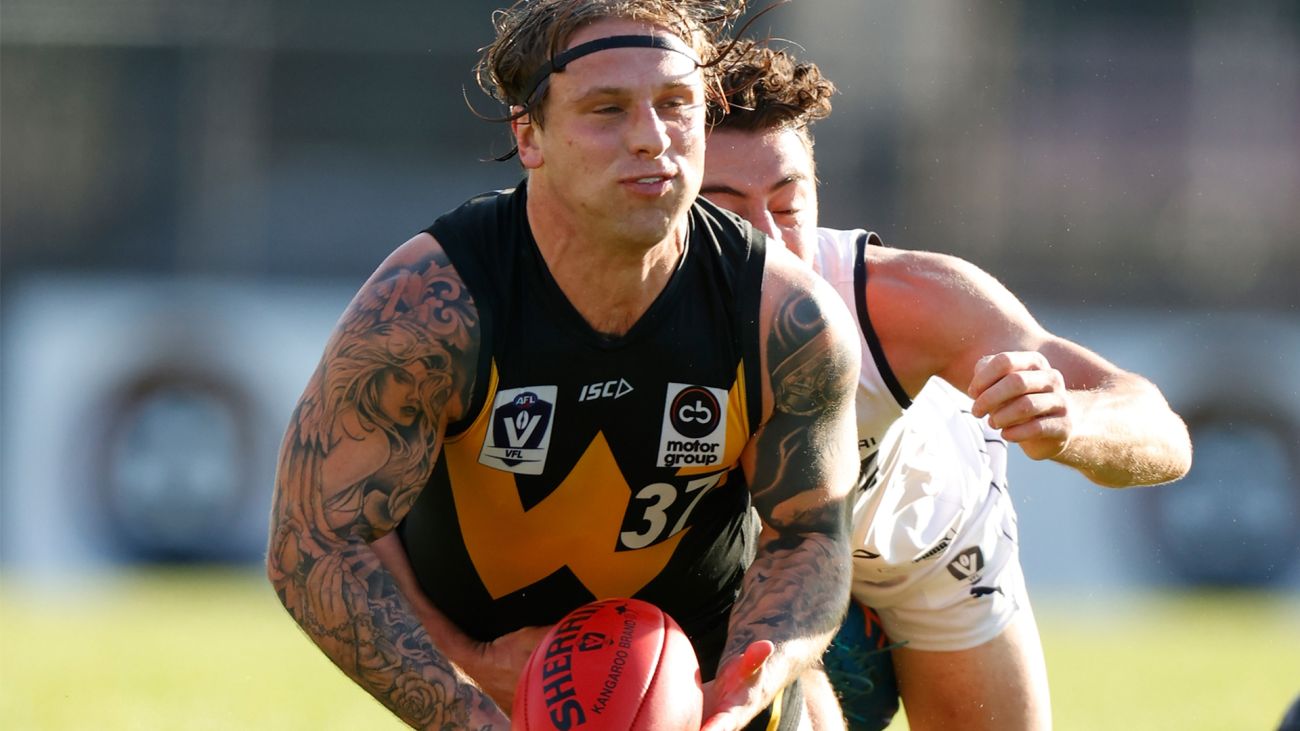 A number of players continue to push their case for VFL selection with strong displays at local level. See who all the top performers were and who enjoyed wins with their communty clubs last weekend.

Best on ground in one-point victory playing as a small defender. Was given a role on Strathmore’s most dangerous small forward and did a brilliant job to limit his opponent’s impact.

Had some nice moments in a low scoring contested. Only kicked one goal but grabbed seven marks including several contested to be the best key target going forward for the Abers.

Second best in an upset of league leaders St Mary’s. Was strong around the stoppages and effective late in the game as a high forward. Had 24 disposals, 14 tackles and a goal in another good display.

Gathered 24 disposals including 11 contested in the Saints’ four-point loss to Leopold. Was unselfish at times when he didn’t need to be looking to bring his teammates into the game.

A second straight 40+ possession game with a season high 45 disposals in a 27-point triumph over Bell Park. Started on the wing and then moved inside and was brilliant in both roles. Added a nice crumbing goal too.

Another consistent performance to also feature in the best for the Giants. Work rate was high and his run and carry impressive. Tallied 24 disposals and one goal but could easily have finished with multiple.

Not as prolific as recent weeks but worked hard across four quarters and was vocal setting the team up structurally in a four-point loss to South Barwon. Finished with 24 disposals and five tackles.

Was again dangerous inside attacking 50 for the Tigers in a 39-point loss to Colac. Kicked one goal but unfortunately wasn’t able to convert some other chances in blustery conditions.

Contributed to a narrow victory over Newtown & Chilwell. Kicked a goal in the nine-point win.

Continues to provide plenty of offensive drive and speed as a wingman for the Tigers. Was among the best players in a 30-point loss to Noble Park after collected 26 disposals and nine tackles.

Led all possessions getters with 25 disposals and was named second best in a 14-point win over bitter rivals Wangaratta Rovers. Was strong in the contest and hit the scoreboard again bagging two goals.

Kicked two goals as the Rovers took it right up to the undefeated Magpies. Looked dangerous when the ball was in his area.

Played an important role in a contested game. Competed hard and was clean finishing with 18 disposals and six tackles in a 35-point win over Myrtleford.

Good for periods in the Panthers’ upset win. Split time in the ruck and up forward and kicked a goal.

Enjoyed a strong showing in a disappointing result against Gisborne. Was among the best players for the Two Blues after gathering 28 disposals (24 kicks) and six tackles.

Was terrific playing mainly in the ruck in a big win over Warrnambool. A good bounce back after a quiet outing the previous game to be one of the best for the Saints.