Round 10 Teams: Footscray vs Werribee 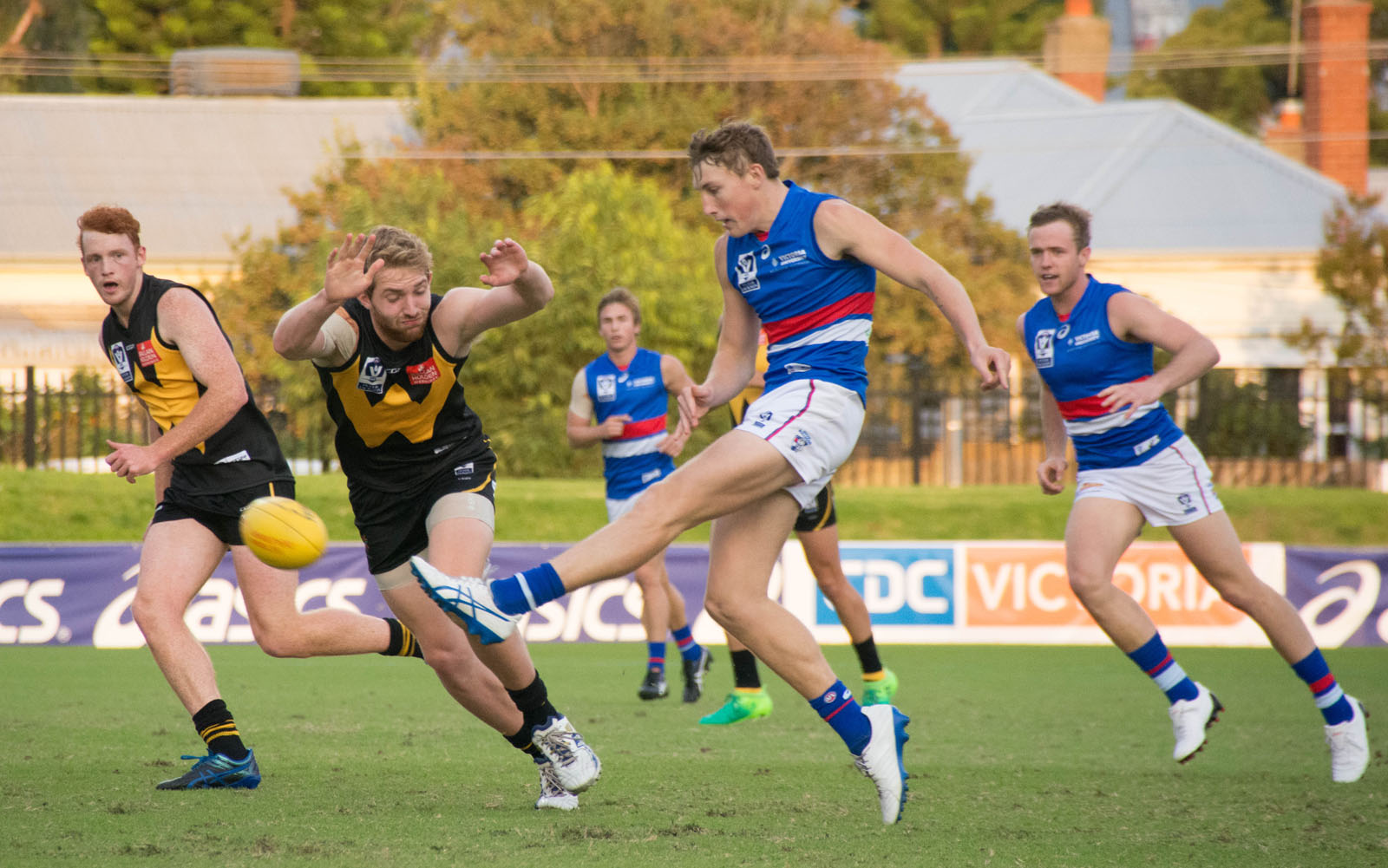 Werribee will be hoping to turn the tables when it takes on Footscray for the second time this season on Saturday.

The reigning premiers ran out 51-point winners when the two sides last met in round two, but the Tigers are a much-improved outfit and will enter the match full of confidence after a spirited 14-point win over the third-placed Northern Blues last week.

Having missed the last two matches with a glute complaint, captain Michael Sodomaco has been named in the team for this week but will need to pass a final fitness test if he is to take his place, while Sam Wright, Lachie Hansen, Jed Anderson, and Corey Wagner are also among the possible inclusions for the senior side as Andrew Swallow and Majak Daw look set to return to the North Melbourne ranks.

Dom Brew will again line up as 23rd man after an impressive first-up outing in the middle against the Blues last week.

The match kicks off at 2pm on Saturday. Entry is free for Werribee members upon presenting their membership at the gate and $5 for North Melbourne members.