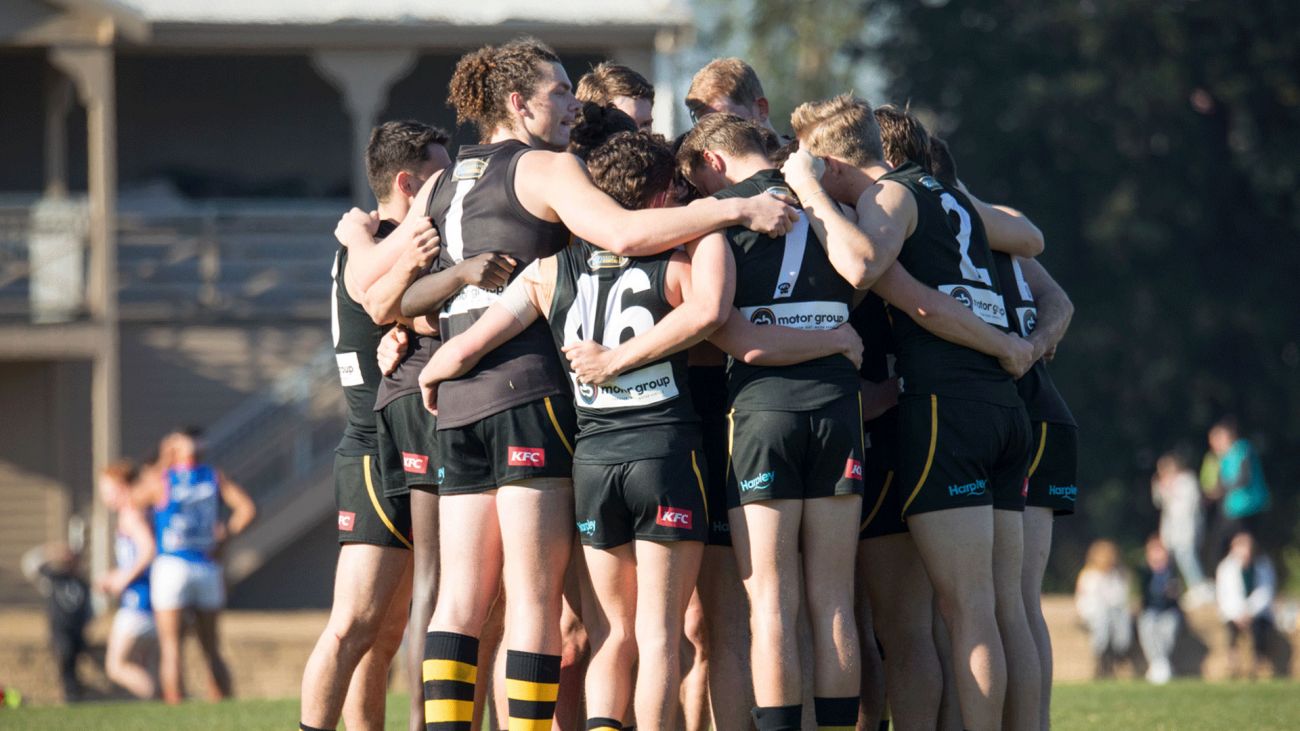 The 2021 VFL home-and-away season and that of the Werribee Football Club has come to an end following the Victorian Government announcement that metropolitan Melbourne will remain in lockdown until Thursday 2nd September.

On Tuesday the AFL confirmed that all Round 19 matches would not proceed. The league will look to commence a three-week top-eight finals series on the weekend of September 4 & 5. Werribee finishes 9th on the ladder based on a match ratio formula.

"This is certainly not the end to the season we were hoping for, but it is the reality of the times we are operating in," Mr Carter said.

"It is very disappointing for our players, coaches, staff and volunteers who have been through some enormous challenges in the past two seasons.

"We understand that a decision had to be made and a system implemented to bring this season to a conclusion. We wish all teams in the VFL finals the best of luck.

"We thank our sponsors and members for their continued support and look forward to the 2022 season."

As a result of the evolving COVID-19 situation across the country, previous interruptions to scheduled games and an extension to the Victorian State Government lockdown, the 2021 VFL home-and-away season has finished. The league has confirmed the match ratio system has determined the final ladder positions ahead of the 2021 VFL Finals Series starting on Saturday September 4, 2021.

The finals will retain the top eight clubs but in an elimination format should they be able to start on the weekend of September 4. The AFL has put a contingency in place should there be any further delays.

AFL Head of Talent Pathways and State League Competitions Tristan Salter said the VFL community continues to navigate its way through a challenging year for sport and although the conclusion to the season looks different, it was the only system to reward a Premier.

“The 2021 season has been a challenge to everyone connected to football. The AFL is very proud of how all VFL clubs, players, officials, supporters and corporate partners managed through a difficult year and kept their communities connected,” Salter said.

“All 22 clubs continue to play a vital role in keeping their suburban and regional networks engaged. We acknowledge the importance they have played as pillars of their local communities and remain so important to growing and nurturing our national code.”

“We’ve seen 107 exceptional games of football this season with the engagement in the VFL in 2021 highlighting how important football is to so many people across Victoria, New South Wales and Queensland. The VFL maintains a strong presence in the football landscape and the role it plays in the growth of our game should never be underestimated.”

“We have witnessed a very even competition so far and the compilation of the top eight presents an exciting Finals Series ahead. We will continue to make changes that best manage the current environment, progresses our season and protects the health and safety of those in our game and the wider community,” Salter said.

While COVID-19 continues to impact the community, the health and welfare of our players and the community remains the priority and all matches will operate in a safe manner anchored in the advice of respective governments, public health officials and medical experts. Strict protocols will be in place to protect players, officials, staff and the wider public at all matches when they return.

The 2021 VFL Finals Series will revert to a full knockout competition, with first playing eighth, second v seventh, third v sixth and fourth v fifth in the first week. Week Two would then see the four winners matched-up in the VFL Preliminary Final.

A further reduction that only allows a two-week finals series would mean teams 5-8 are eliminated and it will be first v fourth and second v third for a spot in the VFL Grand Final.

All VFL clubs in the top eight have confirmed they will be in a position to play games once the Victorian State Lockdown ends on Thursday September 2.

VFL Finals Games will continue to be shown with broadcast partners the Seven Network, Foxtel and Kayo.

As the only team currently based outside of Victoria, the AFL is continuing to work with Southport to explore all possible arrangements to have them play in the 2021 VFL Finals after finishing second.

The AFL will explore all options to investigate ways to get fans back to the footy as safely and as soon as possible. VFL and VFL Club digital channels will have all the ticketing information for fans as each weekend’s games are released and fans can return to matches.