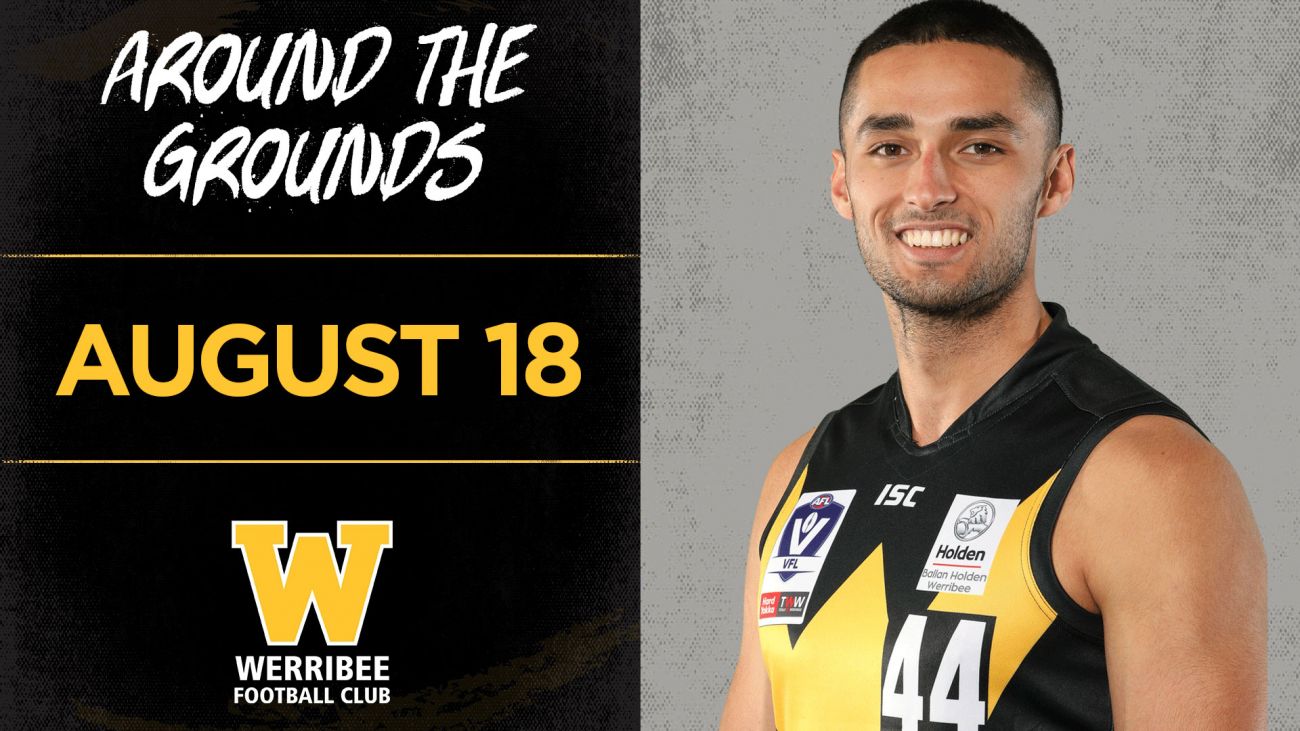 With football restarting across country Victorian, 13 Werribee-listed players returned to the field at local level over the past weekend.

The majority of those took to fields across the Geelong Football League while two others were able to suit up for their clubs in the Hampden and Ovens and Murray leagues.

Werribee captain Michael Sodomaco and promising defender Jesse Clark enjoyed a win in their debut match for St Joseph’s against Bell Park.  After being a late out for Werribee in the team’s last match against the Northern Bullants, Sodomaco got through unscathed in his first outing in a month.  Meanwhile, Clark impressed with his intercept marking and disposal efficiency in the seven-point win.

On the losing side for Bell Park were Keegan Gray and Aiden Domic. Gray finished among the best players for the Dragons having a big influence early with the home side holding a 17-point lead at halftime, while Domic also played his part before the Joey’s fought back and held on to claim the points.

In the other close match of the round Jay Dahlhaus, Max Augerionos and Darcy Chirgwin were all influential in seeing St Mary’s secure an 11-point win over Colac.  Dahlhaus kicked three goals for the second straight week and more pleasingly tackled and pressured well.

Joining Dahlhaus in the best was Augerinos who gathered 28 possessions, half of those contested, while also goaling to put the Saints ahead with five minutes to play.  Chirgwin played his part up forward getting involved in several scoring passages and ran out the game well with limited forward rotations.

The biggest winner for the round was Geelong West who downed North Shore by 102 points at West Oval.
Emmanuel Ajang continued his great season with 28 disposals and a goal with his run and carry through the middle of the ground and burst from stoppages particularly impressive.

Phillip Moi Moi also finished in the best players for the Giants after a dynamic game in which he kicked two majors and took a huge hanger.  He again excited with his speed and could have had an even bigger game had he been a little cleaner at ground level.

Additionally, Tyler Watts was solid for Geelong West as a key back in the first half before spending more time in the ruck later in the match. Watts didn’t get out marked and dominated the hit-outs when rucking.  Lachie Taylor lined up on the wing for the Giants but was well held by the Seagulls after playing some good football in previous rounds.

Hudson Garoni played his second match of the season for home club Wodonga Bulldogs and once again was his team’s best courtesy of a six-goal haul against Lavington.  Unfortunately, it wasn’t enough to get the hosts over the line with the Panthers claiming a nine-point win.  The key forward kicked seven goals in a best on ground in June in his only other appearances for the Bulldogs.

Tex Korewha was a part of a big win for Koroit as the Saints claimed the Hapden League minor premiership in style with a 154-point triumph over Cobram.  In his second game back from injury Korewha worked tirelessly and contested well spending time in multiple positions in the final home and away fixture.