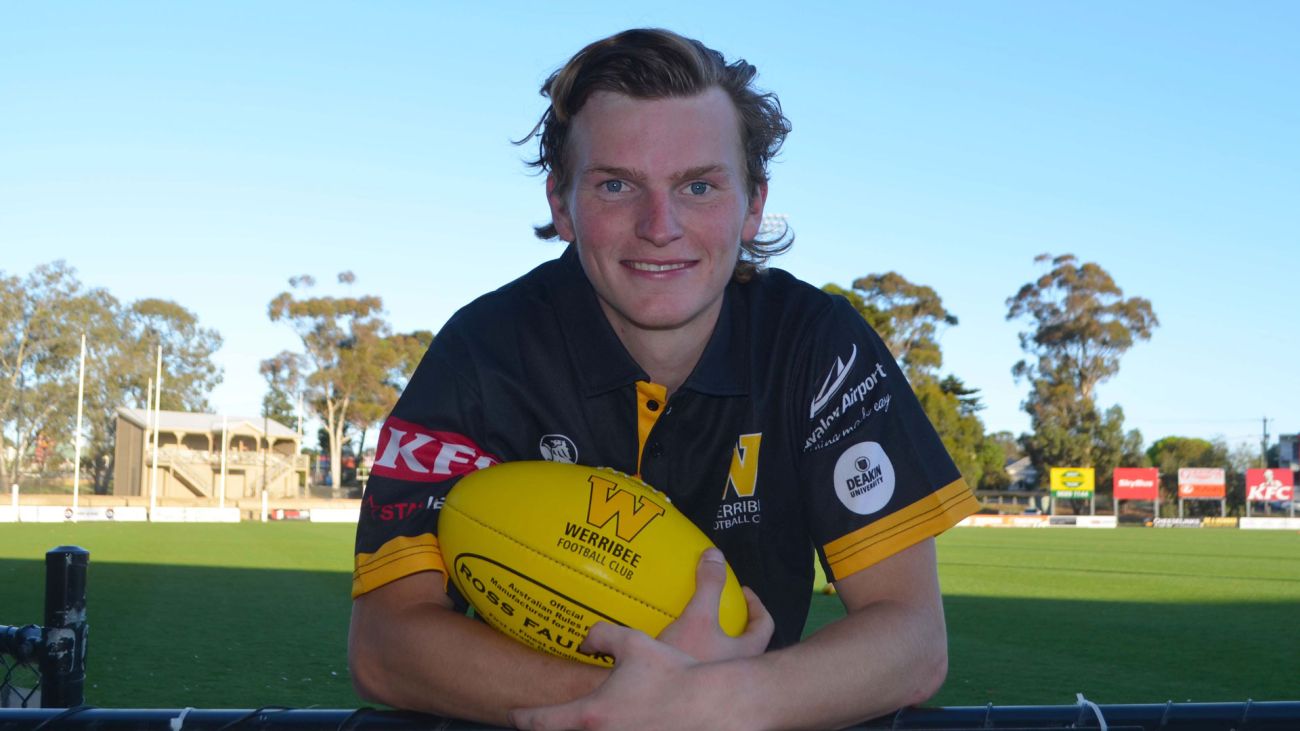 Werribee is excited to announce the addition of former Sydney Swans rookie Brady Rowles for 2022.

Rowles, 20, joins the club from Essendon VFL having spent the past season with the Bombers following a year on Sydney’s rookie list in 2020.

Possessing great athleticism Rowles will add blistering pace on the outside for Werribee and is likely to line-up in several different positions next season.

Having previously worked with Michael Barlow who was an assistant coach with Vic Country in 2019, Rowles said he was thrilled to be linking back up with the now Werribee mentor.

“I had a fair bit to do with Mick going through the Vic Country program and I also know Jesse Clark through Vic Country so that makes it easier coming in and knowing a few faces,” he said.

“I’m looking forward to more opportunity here, I’ve played a lot of different roles and quite a bit up forward over the last couple of years, but I’m keen to get more exposure through the midfield.”

Rowles is well advanced in his preparations for next season and has already been working diligently with development coach Luke Gallaher and the club’s high-performance staff.

Werribee football manager Mark Micallef said the club was delighted to add a player with the attributes Rowles has.

“Brady is a really exciting addition to our football club,” he said.

“He’ll play for us on a wing and half-forward, but we also see him potentially rolling through the midfield, he’s quick and bouncy, is well balanced and moves well.

“He’s still very young (turns 21 in February) and is a very impressive kid who is super determined to make it and also help Werribee achieve our on-field goals.”