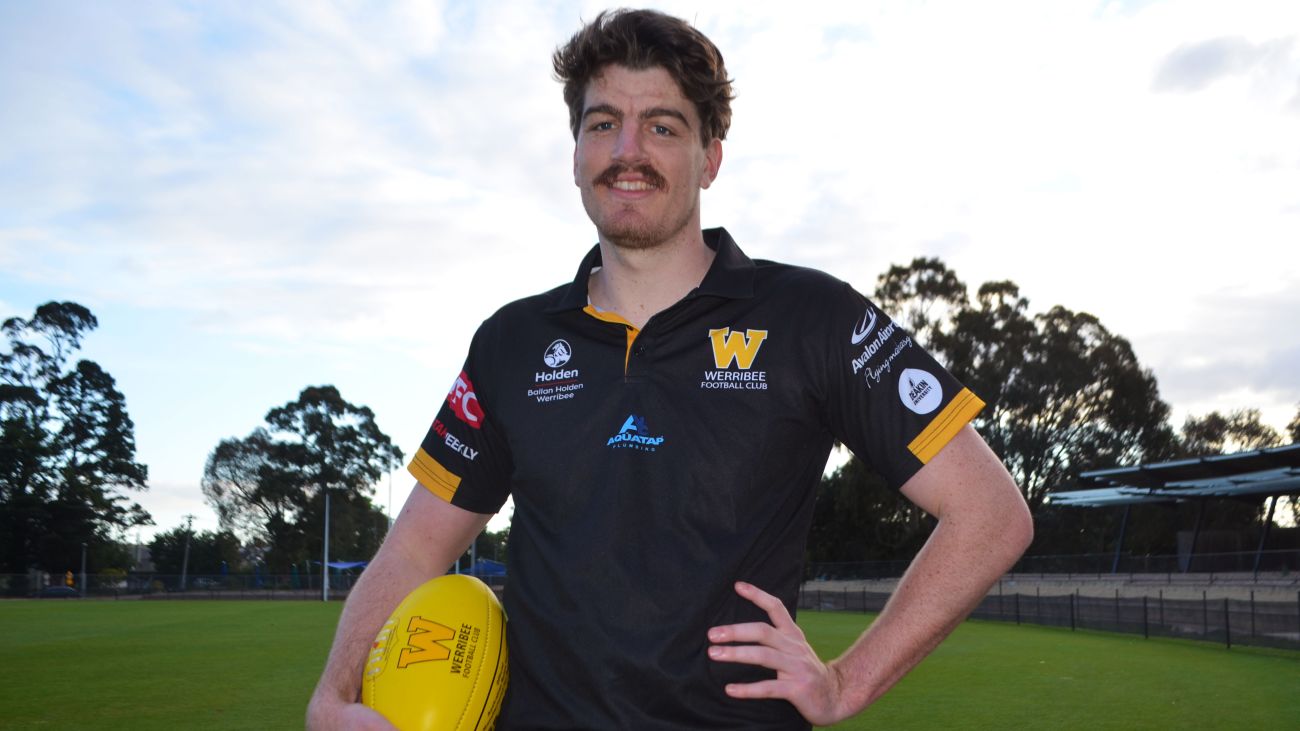 The club has received a big boost to its ruck department with Sam Conway making the switch from Williamstown to Werribee.

Conway, 22, spent three years with the Seagulls and made his VFL debut in 2021 going on to play three matches while averaging 21 hit-outs per outing.

The 203cm big man comes to Werribee with the opportunity to make the club’s number one ruck position his own, following Matthew Lobbe’s retirement.

Conway said a big reason behind his move was the fact that he has exsisting friendships with several of his now teammates.

“I’m excited to be on board with a good chance to lock down the ruck spot with Matthew Lobbe retiring,” he said.

“I live in Geelong and played Falcons with a few of the guys including Jack Henderson who is one of my good mates, so that makes it an easier transition and I’m excited to join the group.

“Playing a few games for Williamstown last season was good, I went up against Paul Hunter (St Kilda) for Sandringham in round 5 and that was a bit of an eye opener playing against a bloke with AFL experience.

“It was just good to get that experience bashing and crashing against bigger bodies.”

Werribee football manager Mark Micallef said the club was excited to see what Conway can produce next season.

“Sam’s a big ruckman who’s got really good strength in the contest and plays the game with a very good temperament,” he said.

“He’s a strong kid and he displayed last year for Williamstown that he can play at the level, and we look forward to seeing Sam try and take the mantle as our number one ruck for 2022 and beyond.”