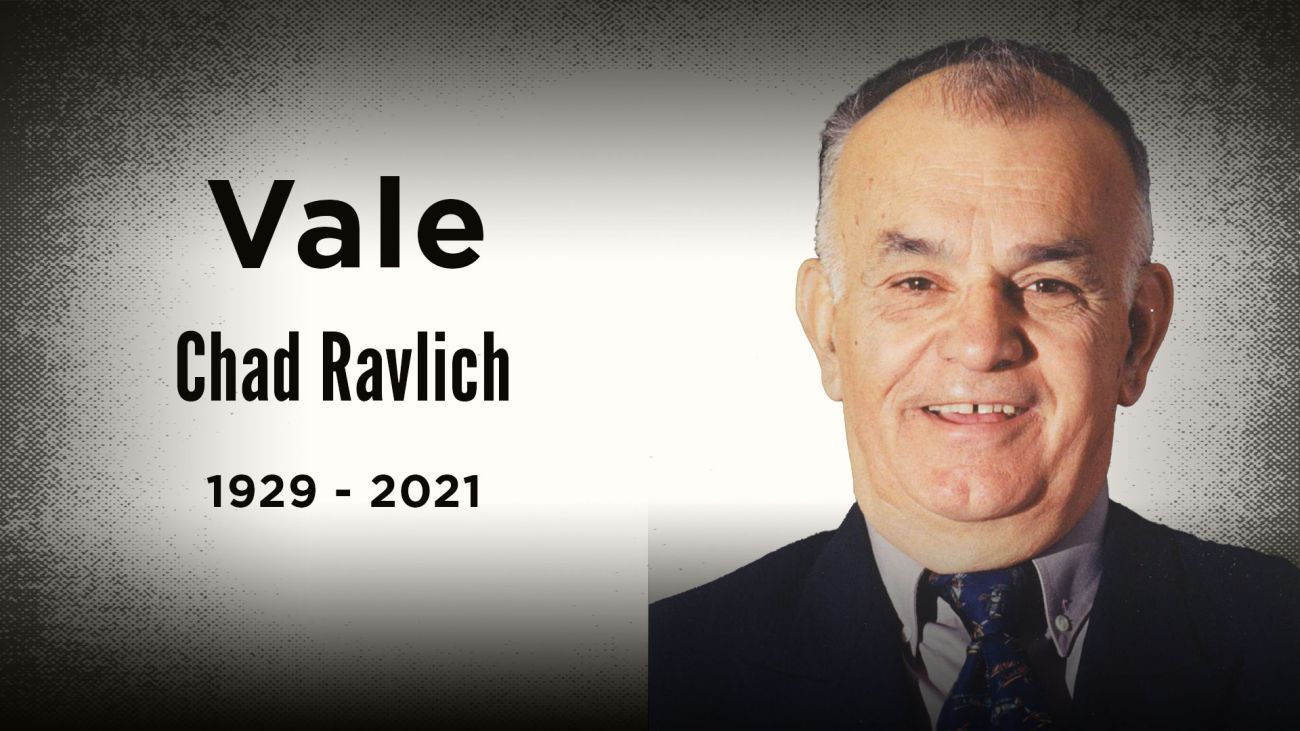 The Werribee Football Club advises of the passing of Chad Ravlich in November of last year in Shoalhaven, New South Wales. Chad was 92.

Chad was a Life Member of the club but he was much more than that and his contribution laid the foundations on which the club now sits. Chad gave over a quarter of a century of his life to the club in a myriad of roles but officially as a committee man and as Treasurer, a position he held for more than a decade.

“The Werribee Football Club was Chad's life for 25 years, he was always at the club, working tirelessly to keep the club afloat during some very difficult times. He started his volunteer duties with the juniors then joined the senior body as treasurer. He was basically a full-time volunteer; he was never paid a cent. He worked very closely with then Secretary Ray Smith and later, John Pyne.”

Current President Martin Carter joined the board during Chad’s time and remembers a humble and hard-working man.

“He put in countless hours; he was the glue that held the novel together. I remember we had to ring him around 11pm during a board meeting to check some contractual details and he arrived at 11.30pm to address the Board in his pyjamas, a sight to behold, but true testament to his commitment to our club. It's these unsung heroes that are the very backbone of clubs such as ours.”

For a bloke who never played football Chad left his mark at Chirnside Park.

We pass on our condolences to his family and many friends.