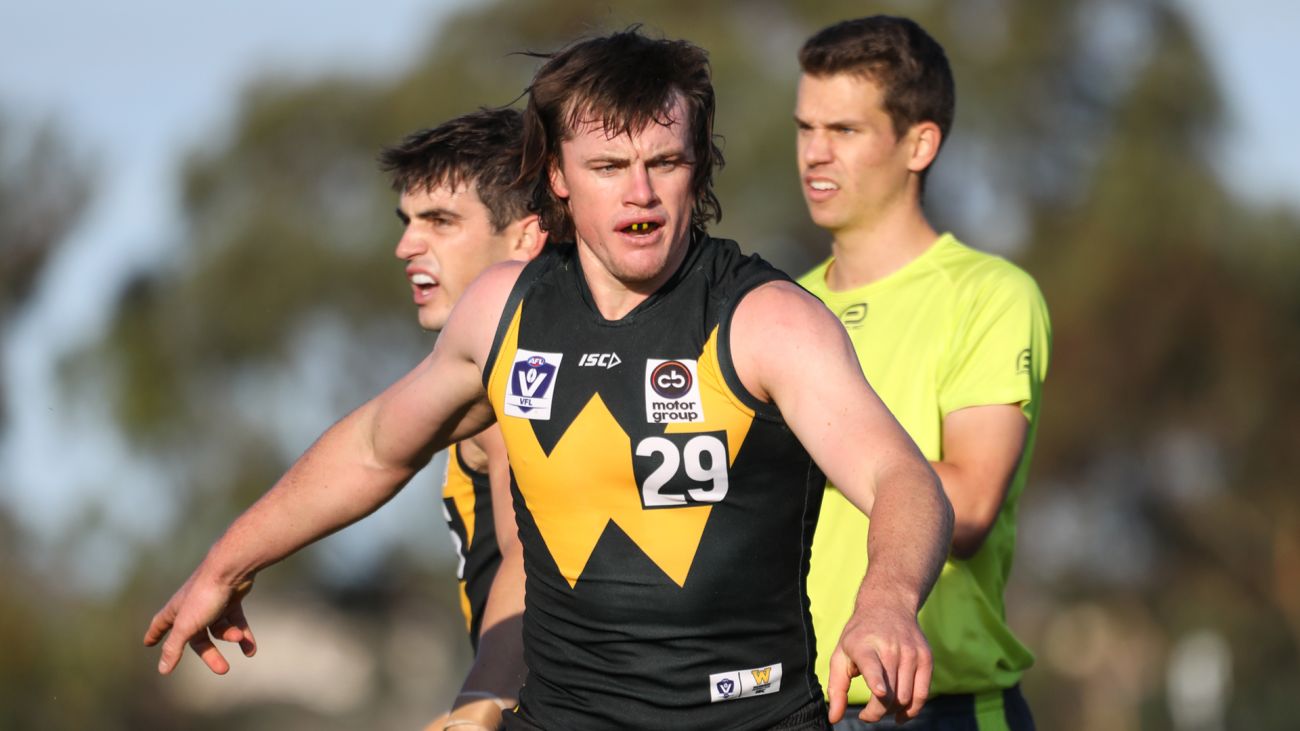 Werribee has suffered its first away loss of the season being denied victory late in its Round 6 clash against Gold Coast.

The Big W took the lead twice in the final term and had the chance to win it at the end, but co-captain Dom Brew's late snap was marked on the goal-line.

Earlier, Werribee fought back from a 37-point halftime deficit, with a six-goal third quarter helping reduce the margin to just two points ahead of the last.

It took just over a minute for Werribee to opening the scoring with Kye Declase slotting the first attempt on goal and just three minutes later they had a second courtesy of a Nick Hayes snap from the pocket. Despite Werribee’s hot start Gold Coast soon worked their way into the game and added three majors over the next 20 minutes before Jay Dahlhaus restored Werribee’s lead at the 29-minute mark. After three late misses the visitors went into quarter-time up by four points.

The Suns took advantage of the breeze in the second term and broke the game open in the first 18 minutes of play kicking six straight goals. Werribee eventually ended the home team’s run when debutants Ethan Jackson and Lochie Smart combined at the 23-minute mark with the former marking close to goal and then converting with a left-foot snap. It would be Werribee’s only goal for the quarter and with the Suns adding two further majors the difference at halftime was 37.

Needing something to change to get back into the match the second half began with rain falling. After weathering several attacking furores from the Suns early in the quarter Werribee would get the much needed first goal through Ollie Hanrahan. Shaun Mannagh added a second halfway through the term, and while the Suns were quick to reply the Big W continued to dominate around the contest. With repeat and deep entries inside 50 Werribee booted four goals in just 10 minutes via Dahlhaus, Josh Porter, Hudson Garoni and Declase to reduce the deficit to two points with a quarter to play.

Having not led since the first quarter Werribee went ahead 15 minutes into the final quarter when Jay Dahlhaus kicked his third goal after a quick hack forward. However, it wouldn’t be for long as the Suns goaled six minutes later before Mannagh responded to put Werribee back in front. With two minutes to play Gold Coast transitioned from defence and regained the lead one last time before Werribee’s final efforts came up short. After winning the centre clearance Dom Brew’s last second snap was marked on the goal-line to deny the Big W a famous victory.

NEXT MATCH
Round 7
Werribee vs Sydney
Saturday May 7, 1.05pm
Avalon Airport Oval, Werribee