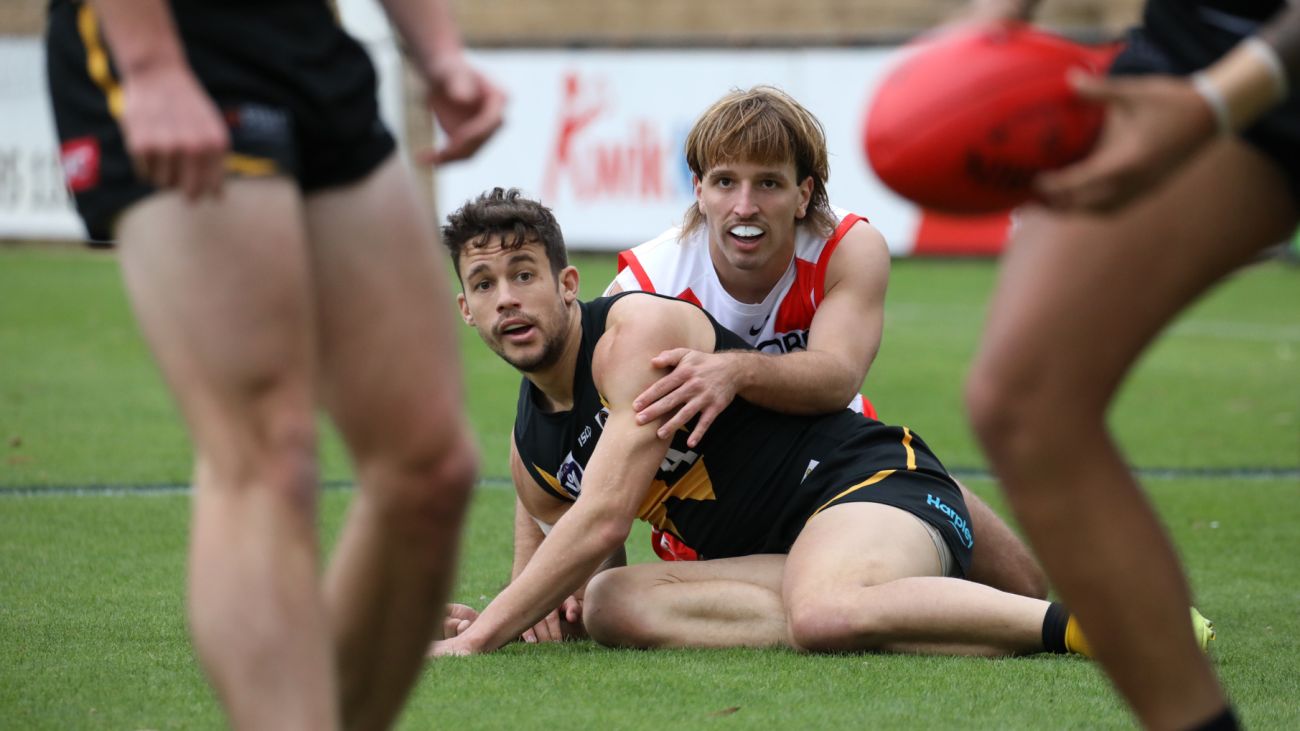 A first home win of the season continues to allude Werribee with the Big W suffering a disappointing 70-point loss to Sydney at Avalon Airport Oval in Round 7.

Down by 62 points at halftime after kicking just two goals in the opening two terms of play, the home team matched it with the Swans thereafter.  In the second half Werribee held the visitors to just four goals while finishing the match with their best quarter of football.

The loss sees Werribee fall to 2-4 on the season while remaining winless at Avalon Airport Oval from three outings this season.

HOW IT HAPPENED
For the third week in a row Werribee was the first team to score but a single behind was all the Big W would register for the first 25 minutes of the match as Sydney took control of the game from the eight-minute mark, kicking six goals from eight scoring shots to open up a 31-point advantage. Young tall Sam Paea finally got Werribee on the board converting his first opportunity from a set shot but the quarter ended with Sydney’s sixth major of the game.

Werribee fell further behind early in the second as Sydney extended their lead with a pair of goals in opening seven minutes before first gamer Matt Keast provided a response for Werribee with his first goal at VFL level, with second gamer Lochie Smart also involved in the build-up. However, the Keast goal would be Werribee’s only score of the quarter with the margin 62 points at the main break after Sydney kicked four straight goals to finish the half.

Having struggled to get anything going in the first two quarters while overusing the football by hand Werribee changed its style of play in the third term and would enjoy more possession than Sydney. Kicking against a strong breeze the Big W didn't make the most of their forward 50 entries however, at the other end of the ground the defence stepped up with Nathan Cooper and Hudson Garoni - who had moved back to counter Sydney’s height – holding firm, the Swans would only add two goals.

Werribee again had an even share of possession in the last quarter and after missing a couple of early shots on goal finally got some reward on the scoreboard courtesy of an Ollie Hanrahan major before Shaun Mannagh added a second goal with five minutes to go. While the final margin was 70 points their were positives for Werribee in the second half which saw them only marginally outscored 4.3 to 2.7.


NEXT MATCH
Round 9
Werribee vs GWS
Sunday May 22, 10.05am
Giants Stadium, Sydney