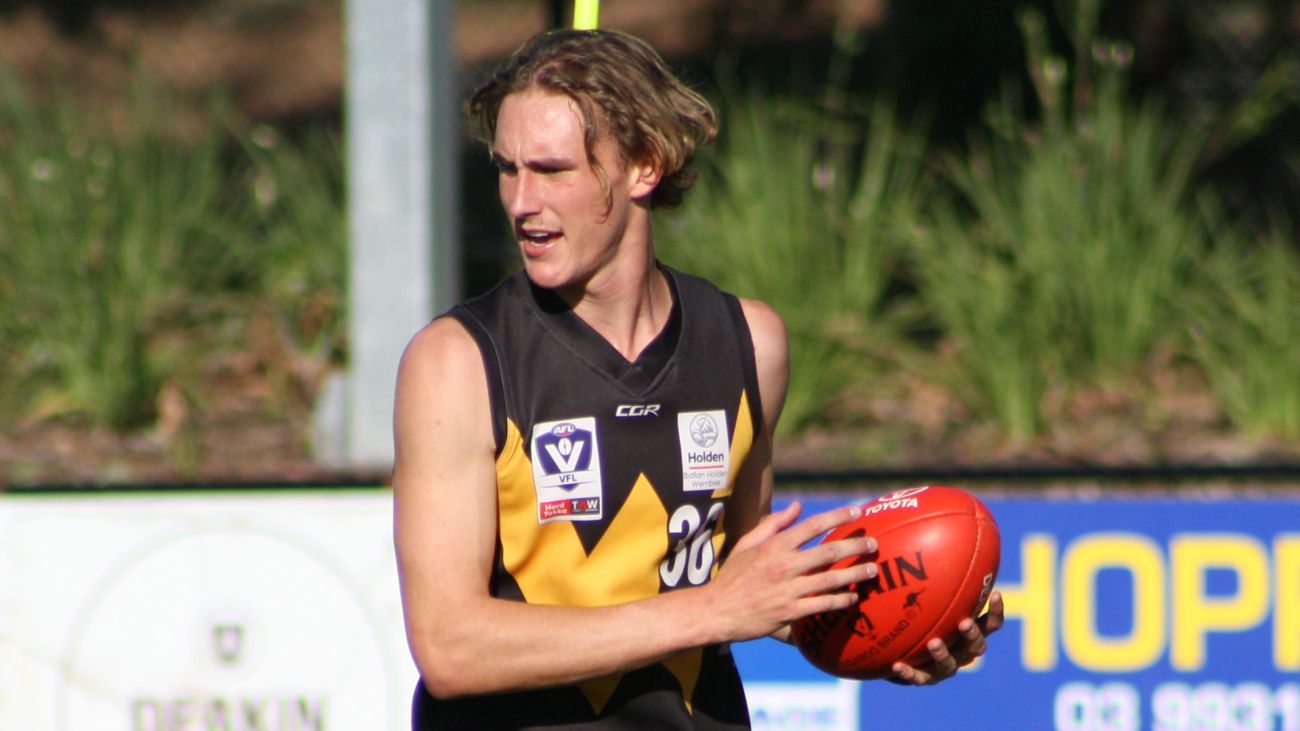 With the club having its second bye in Round 8 there was no shortage of Werribee players in action for their local clubs over the weekend along with seven players selected for the Fitzroy Cubs team that faced Carlton VFL on Sunday.

Was prominent in the first half providing plenty of ball for the Tigers forwards to help set up what would be a three-goal win. Tallied 23 disposals and tackled well.

Collected 16 disposals for the Dragons in their 17-point loss at Grovedale.

Had another 30+ possession game with 33 disposals at 79% efficiency but the Giants suffered their biggest loss of the season with St Joseph’s victorious by 100 points.

Was one of the best for the Tigers in their 17-point triumph over Bell Park booting four goals for the second time this season. Took the game on at the right time and executed well with ball in hand.

Provided a great contest and balance around stoppages while contributing offensively and defensively in a 15-point win over South Barwon. Kicked a goal, provided score assists and tackle pressure to be amongst the best.

Had his best outing of the year amassing 33 disposals and five tackles for the Eagles who, after leading by a goal at halftime, went down to Newtown & Chilwell by 39 points.

Had a standout game playing wing and half-forward. Work rate up and down the ground as a when on the wing was terrific and proved a difficulty match-up forward kicking a season-best four goals in the win over Geelong West.

Darcy Chirgwin – Had 19 disposals as the Saints remained undefeated after  a 51-point win over Lara.

Matt Keast – Line-up on the wing and at half forward and played his role with 16 disposals and 4 tackles.

Sam Conway – Started the game strong and finished the match with 23 hit-outs from two and a half quarters.

Played well in windy conditions. Competed well up forward and in the ruck, hit the scoreboard and was excellent following up at ground level as Koroit claimed a 101-point victory over Cobden.

In his first game back from a hamstring injury made a rare appearance for home club Albury where he collected 15 disposals along with six marks in a 52-point triumph.

Started forward before moving into the ruck as the Panthers secured an 18-point win. Had a big influence in the fourth quarter and ended the game with 15 disposals and several important clearances.

Contributed three goals and was named the Bulldogs’ second best in their 27-point victory over Wangaratta Rovers.

Spent the first two quarters in the midfield before moving to half-back for the second half. Was a key contributor in wet conditions with 26 disposals and nine tackles in a 32-point win over Myrtleford

Had 19 disposals and kicked two goals for the Cardinals in their 22-point loss to Old Xavierians.

Was solid early for the Lions against Yarraville Seddon before leaving the match with injury.

Akol Deng – Initial work in the ruck was good, didn’t always get his hand to the ball first but his follow up, tackling and pressure kept him in the contest at all times.

Ariek Lual – One of the team’s best. Was dangerous up forward and jumped over his opponent regularly when in the ruck. Did the basics well, took plenty of marks and could’ve easily kicked a bag.

Bior Malul – Was an assured presence playing behind the footy. Very composed when in possession and was highly effective by hand and foot.

Emmanuel Ajang – Was impressive as an inside midfielder with his ability to win the ball, burst from the contest and work through traffic. One of the best until he copped a knock in the third term.

Reuben William – A very consistent performer over four quarters. Was good defending deep and equally as good through the middle of the ground. Was strong overhead.

Saad El-Hawli – Defensively was rarely beaten one-on-one and then pushed up the ground well and was dangerous forward of centre. Didn’t have huge possessions but didn’t waste what he had.

Sam Paea – Started the game strong and continued to lead up well all day.