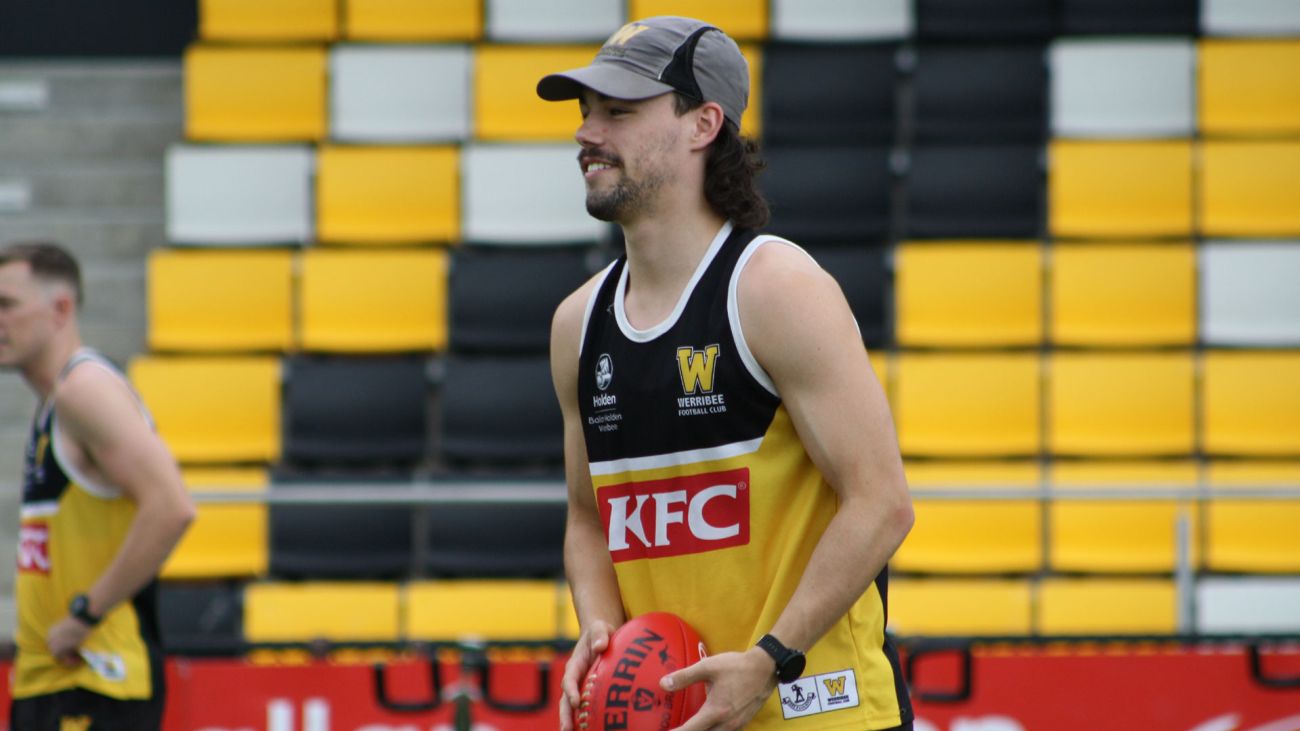 A number of players continue to push their case for VFL selection with strong displays at local level. See who all the top performers were and who enjoyed wins with their community clubs last weekend.

A lot of positives in a big win over Point Cook. Played at both ends of the ground and looked very comfortable at halfback. Used his speed to carry the footy, took the space when it presented, while his ball use going forward was a highlight. In the best with 25 disposals, six inside 50s and a goal.

An impressive return from a long-term ankle injury. Spent the majority of his minutes as a midfielder and had no problems finding the ball. Finished with 26 disposals (23 kicks) and 11 clearances in what was an easy afternoon for Districts against the Bulldogs.

Stuffed the stat sheet with 25 disposals, 45 hit-outs, eight clearances and three tackles in the Eagles’ loss to Spotswood. Made some good decisions with the ball with his repeat efforts also standing out.

A big performance in an 80-point victory over St Albans. Positioned himself well, left his man at the right time and broke the lines. Had 29 disposals at 82% efficiency and a number of intercept marks.

Another strong game. Again displayed good physicality and aggressiveness when defending, along with quality ball use by foot. Was also in the best for the Vikings with 23 disposals at 86% efficiency.

Comfortably Sunshine’s best in a disappointing result against Hoppers Crossing. Was energetic around the contest and good in transition finishing with 36 disposals and 14 clearances.

Was among the best players for the Saints in a five-point triumph over Newtown and Chilwell. Collected 21 with some good decision making and execution.

Back on the field after a few weeks off and showed some positive signs in the narrow loss to St Mary’s. Kicked a goal and laid 4 tackles.

One of the best for the Lions in a big win over Bell Park. Another strong contested game with 29 disposals through the middle and a willingness to get back and support the defence.

A very team orientated display with some important late touches which were crucial in helping the Tigers secure a four-point win over North Shore. Had 16 disposals, five clearances and six tackles.

Played his role nicely. Presented well and again looked dangerous with ball in hand. Had several tackles inside 50 which won the ball back for the Tigers. Finished with a couple of goals.

Another solid performance in the midfield for the Seagulls. Finished in the best players again after gathering 31 disposals at 81% efficiency, eight marks and six tackles.

In the best for the Tigers in a three-goal loss to South Barwon after tallying 32 disposals, five tackles and a goal. Continues to add to his game around the contest and made good decisions with the ball.

A solid showing in the Giants’ midfield. Had 20 disposals and three tackles in defeat to the Swans. Brings a great attitude every week.

Played well in a 98-point victory over St Albans. Executed nicely with time and space.

After playing as a defender the previous game returned to Aberfeldie’s forward line on the weekend and starred with six goals in a 51-point win over Maribyrnong Park. Named second best.

Competed really well and finished with a couple of goals in the team's ninth win of the season. Stepped up his work rate and pressure once again.

Made his first appearance of the year after a preseason foot injury and played multiple positions in Keilor’s draw with Greenvale. Offensively was impressive with 23 touches.

A good game in a 19-point win for the Tigers. Found plenty of the ball, kicked two goals and brought some good effort defensively. Featured in the best players.

Some good signs against the O&M’s premier ruckman. Spent more time in the ruck and used his jump to his advantage early. Followed up well at ground level tallying 16 disposals in a comfortable victory.

After a brilliant run of form had a down day for the Magpies who suffered their first loss of the season at the hands of Yarrawonga.

Started in defence and then moved up to the wing for the second half where he had a greater influence. Had 19 disposals including four clearances in his side’s 26-point loss to Strathfieldsaye.

Second best for the Blues in heavy defeat to top placed Diggers Rest. Had a significant impact playing on the ball in the second half after switching there from centre halfback. Took the game on and had confidence to run and carry.

Played in another comfortable result for Koroit who trumped Hamilton Kangaroos by 122 points.