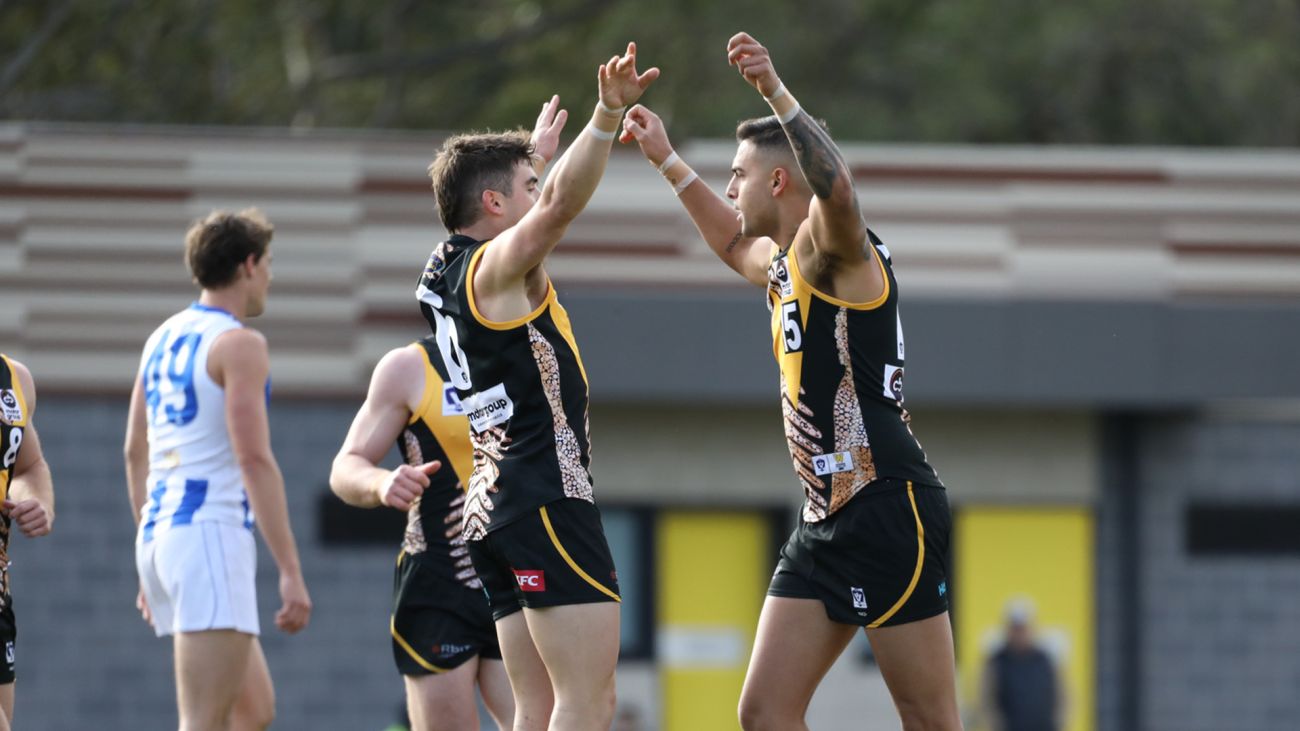 Werribee returned to the winners list at Avalon Airport Oval on Saturday rebounding from a loss in Round 14 with a 47-point triumph over North Melbourne.

The result improved Werribee’s record to 7-5 and the team now sits inside the top eight for the first time this season (8th) following the completion of Round 15.

HOW IT HAPPENED
Werribee made five changes ahead Saturday’s clash with the Kangaroos and a further two on the day of the game as Ollie Hanrahan (illness) and Michael Sodomaco (calf) withdrew late, paving the way for Daniel Sharrock and Logan Wagener to return.

Along with co-captain Tom Gribble late inclusion Wagener had a significant impact early. After Shaun Mannagh and Kye Declase kicked the first two goals of the game Wagener bagged the next two majors to see the Big W out to a 22-point lead at the 25-minute mark of the opening term.

However, despite Werribee’s first quarter quarter dominance the hosts found themselves a point down six minutes into the second term after the Roos closed out the opening stanza with two late goals before booting the first two majors of the second.

Gribble was the man to get Werribee back on track with the 2019 Liston Trophy winner kicking his side’s first goal in the second quarter via a free kick after 13 minutes. That was followed by Jay Dahlhaus’s first of the afternoon while Declase stretched the margin further converting from 50 after the halftime siren. Leading by 19 points at the main break the Big W also ended the half +69 in possessions.

North Melbourne scored the opening goal of the second half inside the first 90 seconds of the third and over the next 10 minutes pushed hard to further reduce Werribee’s advantage. Thankfully Lou Pinnuck and Nick Coughlan stood in the way with the pair able to cut off many of the Roos’ attacking efforts.

Having added just two rushed behinds in half a quarter Werribee’s first goal of the third came at the 18-minute mark courtesy of a Dahlhaus snap and the hosts soon had three in a row as Nick Hayes an Hudson Garoni nailed majors in the final five minutes to give the Big W a 32-point buffer.

A couple of North Melbourne goals in the first half of the last quarter cut Werribee’s lead slightly but the Big W again had no problem responding with the hosts putting the game beyond doubt with four of the final five majors.

Keegan Gray’s ball use was important over four quarters as he tallied 25 disposals at 80% efficiency while Werribee’s other co-captain Dom Brew did a brilliant job negating key Roos midfielder Harry Jones. Werribee dominated in the contest finishing +31 in contested possessions, while leading the clearances 42-24, as well as the tackle count 85-63.